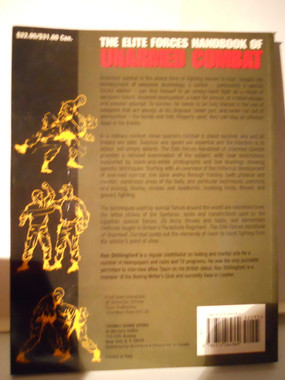 Unarmed combat is the oldest form of fighting known to man. Despite the development of weapons technology, a soldier - particularly a special forces soldier - can find himself in an empty-hand fight as a result of weapons failure, depleted ammunition, a need for silence, or a failed escape and evasion attempt. To survive, he needs to be fully trained in the use of weapons that are always at his disposal, never jam, and never run out of ammunition - his hands and feet. Properly used, they can stop an attacker dead in his tracks.